The USA Was Much Better Off Before The IRS 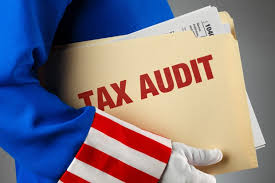 Many of us could come up with our own list of IRS abuses. It’s also safe to say that no one would miss the IRS if they disappeared tomorrow. If you need further evidence that the IRS is completely out of control and thoroughly corrupt, Michael Snyder documents a few personal cases, as well as provides his reasons why we were much better off as a country before the IRS.

Martin Armstrong also provides his story of his chilling encounter with the IRS, as does Michael Burry in his commencement address (go to the 14:00 mark). For your reference, Mr. Armstrong is the founder of Princeton Economics, and one of the most sought after economic consultants in the world. Michael Burry is the genius doctor from “The Big Short” that made billions on his subprime bet.

There is a very simple solution to address the abusive fraud of the IRS, and at the same time provide an economic stimulus – dismantle the IRS and implement a national sales tax (i.e. The Fair Tax). All of the regulatory hassles of trying to comply with the voluminous IRS rules would be gone overnight. All the bribery, I mean donations, to get special tax exemptions would evaporate. Immigration discrimination would refocus on the right priorities once the fear of foreigners not paying taxes was gone. Direct forms of taxation like an income tax are the foundation of Marxism, while an indirect tax on consumption does not discriminate against individual groups or citizens in general.

The ridiculous growth of government has been facilitated by the Marxist income tax, and it is now pitting Americans working for government against Americans that must become debt slave to pay for the masses of unproductive workers. Government employees are public servants that directly reduce economic growth. The collapse of government is inevitable because government does not contribute to the wealth of a nation, and this wealth confiscation has become a malignant cancer that is consuming the host. It simply must be cut out.

Taxing income instead of consumption has always been a wrong-headed approach to collecting taxes. However, when you build an economy based on consumption instead of savings, you can ill-afford to have people save. Since our government destroyed the ability to save by obliterating purchasing power over the last century, government had to come up with another source of capital. Only a brain-dead politician or Fed Chairman would add insult to injury by believing you could replace capital from savings with debt, leverage and derivatives. But that’s exactly what was done, and now the biggest abuser, Alan Greenspan, even acknowledges that credit cannot expand beyond the constraints of a gold standard.

Greenspan: Well actually, we were not fundamentally regulators [at the Fed]. The vast portion of our efforts were not involved in bank regulation.

NPR: No, but you were regulating interest rates, which have a profound effect on world economies.

Greenspan: You’re raising really a very interesting question. I have always argued that the gold standard of the 19th century was a very effective stabilizer. It kept inflation essentially at zero, and I felt it was critical for the tremendous growth that occurred for the American economy in the latter part of the 19th century. When we went off the gold standard essentially in 1933, we then had to have what we call “fiat money” which is essentially money that is – it’s printed paper money. Which unless we restrict the volume of, can be highly inflationary.
The type of interest rate regulation that I and indeed most central banks in the last 20 years have been involved in…has been to try to replicate the laws and rules that were governing the gold standard.

And so it is an odd situation where all the central bankers — while none of them are advocating a return to the gold standard — nonetheless try to replicate the various types of interest rate policies that the gold standard would have created. And it is an interesting question whether you call that regulation, or basically functioning of a central bank in stabilizing the economy.”

We sometimes forget that the very people with whom we entrust our government, economy, and increasingly, our lives to are just fallible human beings that have acquired absolute power. Why are we so surprised that they become absolutely corrupt?

The only way to lesson the impact of these inevitable abusive powers is to diminish their impact. Eliminating the IRS and ending the Fed would be a great first step, and totally within the jurisdiction of Congress. Once de facto term limits are understood as reality, then these steps and the others that are needed become attainable.