The Establishment is Starting to Crack

For the first time in Britain’s history, a Third Party has won an election. With Nigel Farage’s UKIP party victory, coupled with Le Pen’s Front National Party win in France, the European establishment is feeling a little less comfortable today. European’s have realized the fraud of the euro, but that does not mean the politicians in Brussels will throw in the towel along with their jobs, perks and power. Quite the opposite. They will likely dig in their heels just like Obama and the US establishment, and clamp down on any protest against the establishment (i.e. OWS and Tea Party), and flood the markets with euros to postpone the inevitable collapse.

The citizens of Britain, France, and the rest of Europe are fighting government corruption, just like the people of Ukraine and Thailand. The US establishment with their propaganda legions in the main street media are trying hard to deflect attention from the core that is also rotten. The fact that Mitch McConnell and other GOP establishment stalwarts did not get defeated means the US still has a long way to go, and the economic contraction that drove European voters to the polls is still on the horizon for US voters. How many people in the US have even heard of Nigel Farage, even though he has been making some of the greatest speeches in front of the EU bureaucrats for years?

Armstrong’s cycle analysis has been for many years pointing to 2016 as the big push for 3rd Party candidates in the US. Will these non-establishment politicians save the day? Certainly not, they cannot change the outcome of a sovereign debt crisis that was forged by unsustainable Ponzi math. However, 3rd-party candidates that guarantee term limits can help democracy prevail over authoritative regimes (that will do EVERYTHING in their power to hold on to their jobs, perks, and power). Americans can watch the battles between the ECB and captured member states to get a glimpse of what’s heading our way as public pensions near bankruptcy, and govt’s go after your income to pretend their unsustainable promises to buy votes were not known well in advance. It’s all been BS and the only hope is the masses figure it out before the govt cracks down to “protect us”. 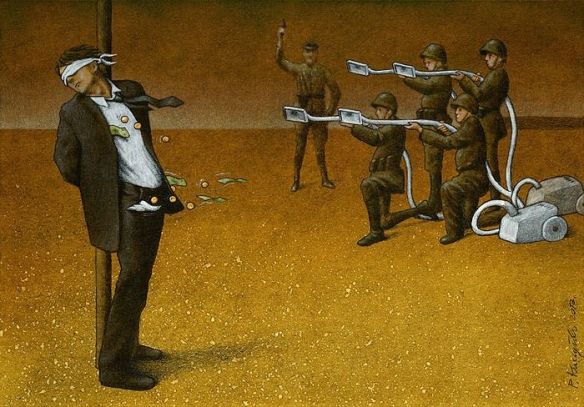