Why Are There Only $10 Bills in ATMs?

It’s hard to not write acrimoniously when you know beyond a smidgen of a doubt that fraud and corruption are rampant, and unlike economic theories, trickles down to destroy a society. Whether its Amazon trying to rip off its “Prime Customers” or the false advertising at beer concessions, when govt and corporate leaders think they are above the law, then everyone else thinks they are too.

While the economic fraud got kicked into high gear when Nixon took us completely off the gold standard, permitting un-backed money/credit to be created out of thin air; I think the road to moral bankruptcy began its insolvency when Clinton looked into they eyes of the American public and uttered those infamous words, “I did not have sexual relations with that woman, Ms. Lewinsky”.

As was pointed out in the last post, fraud and corruption are at the heart of the civil unrest spreading across the globe. From Ukraine and Turkey, to Argentina and Thailand, people are protesting their govts’ corruption; born out of govts’ desperation to maintain its largess by confiscating earnings from productive people, and corporations trying to maintain their earnings in a deleveraging world economy.

The latest example of US desperation and irony came from Obama (again) when he takes credit for duping young people into signing up for Obamacare as a result of watching his appearance on “Between Two Ferns with Zack“. The first rule of propaganda is to make your lie preposterously large and then state it persistently. Bush did it with the “Patriot Act” and “weapons of mass destruction”; and Obama has been doing it with Obamacare, Syria, Ukraine, and most everything that spews out of his mouth.

When you are President and people stop believing your BS or you don’t like the Constitution, you simply issue an Executive Order – the latest being “Blocking Property of Certain Persons Contributing to the Situation in Ukraine“, that could confiscate your property if you even speak out or write something that’s negative about US policy in Ukraine – I kid you not. 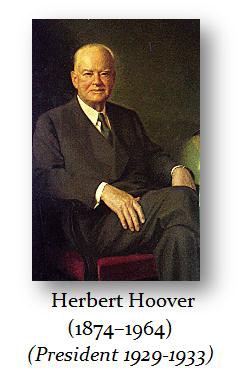 If you know your history, understand capital flows, and can connect the dots, then you know that capital is starting to act “like a loose cannon on the deck of the world in a tempest-tossed era”, as Herbert Hoover noted during the Great Depression. The wealthy and Oligarch’s in areas affected by the civil unrest don’t know where to put their money, especially when western governments are collaborating to track down money to pay for their bloated bureaucracies. The result is a growing trend to grab cash out of banks. Could this be why ATM’s are spitting out $10 bills instead of $20’s? I don’t know, but I can’t ever remember a time when ATM’s were out of $20’s. 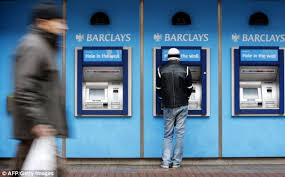 When capital is uncertain, it hides and goes underground. Just like the roaring 20’s when capital fled Europe for the safety of the US, many will once again misunderstand the rise of the dollar in the years ahead, as capital flees a doomed euro , yen, and countries sacrificed by war to distract the masses. As the dollar rises, so does the Everest of dollar-based debt on the balance sheet of the govt, corporations, and individual borrowers who think the economy is improving. Like during the Great Depression, the massive debt defaults by municipalities, pensions, and all the others holding dollar-based debt will cause a Greater Depression because this time it’s the world’s reserve currency that will collapse.

As public employees see their pensions go up in the smoke of bankruptcy, is it possible for our city centers to look like Maidan in Kiev, or Tahrir Square in Cairo? Like ethnic Russian’s in Crimea and eastern Ukraine, that absent-mindedly want Putin to protect and take care of them, Democrats will protest for more of the same unsustainable govt that has led to our economic black hole. The Republican strategist’s will no doubt rail against Obamacare, which only gained traction because the cost of healthcare has exponentially increased due to monopolistic health care policies that Republican’s have sponsored and endorsed.

Both parties have had their money-grubbing hands all over the policies that deregulated derivatives and allowed banks to speculate with other people’s money. Similarly, politicians on both sides of the aisle have financed their promises with un-backed debt that the big banks are more than willing to lend – as long as the politicians enforce austerity to insure the interest payments get paid. With the public opinion of politicians being so low, can war be far away?

At the risk of sounding bitter, this country and the rest of the west that is captured by un-backed credit expansion, is experiencing an economic and moral decline that cannot be explained by a generational difference that social progressives like to believe is “normal”. Imitation is the most sincere form of flattery, which is why modern-day liberals stole the term from the Classic Liberals, like Adam Smith. Unless we are willing to throw out the establishment politicians on their collective ears, and turn off the establishment media, then there is no way to avoid the same fate as the other great societies that have collapsed throughout history.

Everyone with an agenda may correctly identify problems, but they always “coincidentally” blame everyone but themselves. I will single out Rush Limbaugh, because I too used to be a “ditto head”. Rush’s position on free-market capitalism and the destructive flaws of modern-day Liberals is accurate in my opinion, but his failure to acknowledge that Republican fingerprints are also all over the policies that are destroying this country tells me he is a puppet for the establishment.

Another example of agenda-based reporting was displayed recently in a report by the NASA Goddard Space Flight Center, in which the predicted coming collapse of civilization in the coming decades will be due to unsustainable resource exploitation and increasingly unequal wealth distribution. As Armstrong accurately points out, if civilization does collapse into another Dark Age, it will be the result of Tyranny and govt trying to take all the money from producers. This is based on historical fact, not emotion. However, since history today is taught based on the emotion it can elicit, instead of the facts, this type of rhetoric is predictable. For example, read the school history books about of Supreme Court Justice Sonia Sotomayor and what they will say about Obama. Modern day history is more interested in the emotion that can be aroused by minorities rising to power than what they actually believe or promote.