Once Again: The Default Canard

Boehner and the other establishment Republicans have capitulated on the debt ceiling. They believe that caving to the propaganda in the media and from the Democratics will give them a better chance in the 2014 elections. These Country Club Republicans forgot how they regained their power in 2010. Instead of respecting the Tea Party Republicans that enabled the Republicans to regain the House, Boehner and company thumbed their nose at them. They deserve to lose more than their elections in 2014.

Boehner helped Obama and Reed plant the default false flag. Warren Buffet, who will be dead before he has to live with his lies, compared a default to a nuclear and biological weapon. Let’s review again what these people are calling a default.

As was pointed over a week ago, we have plenty of money to pay our contractual debt obligations. All of the propagandist in the media and govt want you to believe that if you cut back on going out to dinner from eight times a month to seven, then you have defaulted on your debt. Not only is it not a default to cut back on everything except our contractual debt obligations, it is the prudent thing to do.

If your household experienced a 10% reduction in income, would you chose to stop paying your house payment and electric bills, or would you chose to reduce the non-essentials, like going out to dinner or the unlimited data plan for your smart phone (God forbid)? Well, that is exactly what Congress is rightfully faced with, and they are threatening to not make the house payment and cut off the electricity instead of not going out to dinner one night a month.

Instead of educating the people about the real choices, the media and Congress shine the light on that waiter who will miss out on one night of tips. Unfortunately, sometimes in life you have to make tough choices – keep the lights on or not go out to dinner?  For those that want a more complete list of truths and lies about the budget, Denninger has provided it. Buffet should know that the debt ceiling doesn’t matter when nobody intends to repay principal?

The real issue is that politicians don’t want the light of truth shined on them – the ones that made promises that they knew could never be kept. If you promised to take your kid on a trip to the moon if they got straight A’s, and then when they do come through you blame your wife for not gassing up the rocket ship, then who is to blame?

For over 30 years debt has been growing faster than GDP. Who believes this practice is sustainable? These two exponential functions have now grown so far apart that the interest on the debt will consume most of the tax receipts collected once rates revert to the mean (or over-shoot, which is most likely the case).

The truth of the matter is it’s the public who should be held accountable for being so naive and uninformed (and we are). Banksters are going to lie, cheat, and steal to keep increasing the debt which they get paid on; and the politicians will continue to lie to make sure their campaign contributors get what they want. Instead of voters acting like adults, they have been acting like gullible teenagers.

Since we have ten times the amount of tax receipts coming into the govt as we have interest payments on the debt, there is no excuse for defaulting on these payments. Therefore, if we pay the mortgage payment and electric company, our credit rating will not be downgraded as Fitch (one of those ratings agencies that stamped AAA on worthless MBS) is threatening.

Let’s play along with these moral-less charlatan’s just for kicks. As Jim Grant so eloquently reminds us, the US has defaulted in the past, both in the classic form after the Revolutionary war, and in the more popular and stealthy way by devaluing the dollars we pay back to our creditors.

The media is always quick to place the burden of responsibility on the borrower, when the primary responsibility should be on the prudence and due diligence of the lender. If I lend someone money that does not have the means or intent to pay it back, then who is the idiot?

With over $100 trillion in liabilities, the US does not have the means or intent to ever pay back these debts, and anyone that lends us money is equally stupid. If we don’t default, then the next best thing is to digitally print the money and use it to pay our creditors. Of course, this process of printing money to pay obligations is for all practical purposes a default, as the payments will buy much less than on the day the loan was taken.

However, by just using the printed money to pay the bills, instead of buying our own debt from the Treasury (or borrowing more), we would avoid the interest payments on the debt. Since this does not service the banksters, we find ourselves digging an ever deeper hole from which there is no escape. 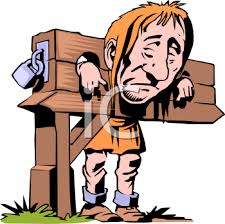 If Obama and Reed are successful at pinning the blame for almost not defaulting on the Republicans, then we will get an official Socialist govt after the 2014 elections that will place the shovel diggers in stocks by raining taxes down on the productive class to pay the bills. These economy-killing measures will seal our socioeconomic fate, making the 99% realize that you can fall lower, and swinging the political pendulum so far to the left that there could only be only one outcome in 2016 – a landslide for Independents and Constitutional conservatives.

“Applying Physics to markets requires translation. But essentially, the core issue is cycles and how they function for that is how energy moves. This is the fundamental structure upon which the entire universe is constructed. It requires two opposites and an oscillation back and forth that is maintained providing energy flow to a Grandfather Clock or to politics and markets.”

Even if the establishment Republicans can deceive their base and get re-elected, another two years of adding twice as much debt as economic output will make it completely impossible to reform the system without sending our economy into a Depression much worse the Great one.

The working stiffs that are forced to lend the govt money (i.e. FICA deductions) don’t have a choice, but treasury buyers like China, Japan, and Saudi Arabia do, at least theoretically. I say theoretically because in practice most of these countries are also forced to lend us money through blackmail, coercions, and protection deals that would cause significant harm if they stopped their buying. Although, countries that we have less leverage over (i.e. China) have significantly cut their purchases of our debt instruments since 2000. Note: Despite what Chinese officials are saying about the US not raising the debt ceiling, they are currently buying our dollar-based instruments to keep the Yuan from rising too much and killing exports).

If you believe we will not crash and burn due to capital fleeing for safer jurisdictions and discretionary funds being confiscated from consumers (through taxes and theft of bank accounts, IRA’s and 401K’s), then your faith in our politicians is much stronger than mine. If the voters cannot hold politicians feet to the fire and forego one extra night out, then we have no chance as a once-free nation.