Now We Know Why Ballmer is Stepping Down at Microsoft

Last week it was announced that Steve Ballmer will step down in the next 12 months as the CEO of MSFT. The knee jerk reaction of the market says this was a good thing. The response of the marketplace to Windows 8 sends a totally different message. Unlike the govt, which can ignore public sentiment, tech companies like MSFT can’t piss off the public without suffering in the marketplace.

Hopefully, the latest disclosure by the Guardian will piss off consumers and cause them to withdrawal consent from MSFT, and the other NSA partners – Google, Yahoo, and Facebook.

The only reason the NSA can claim they are not violating your rights is because these tech companies willingly gave them the data, and how can these companies get away with pulling a “Sgt Schultz”, when they were paid for their involvement in violating the 4th Amendment (as determined by the FISA Court) – something NSA officials said, under oath, they were NOT doing. 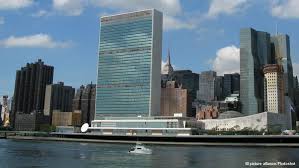 The fact that the NSA also bugged the UN, may not be covered by our captured press, but I can promise you it will not be ignored by our allies. BTW, the UN is on US soil, which is supposed to be outside the jurisdiction of the NSA. Free-market capitalism is dependent on the rule of law, something Obama mentions often but never practices. If you want to know why our way of life will collapse, now you have the answer. There’s a reason capital does not flow to Banana Republics.

The documents released by Snowden also showed the “Special Collection Service”, the bugging program run by the NSA, has collected data from 80 worldwide Embassies and Consulates. Der Spiegel wrote, “the surveillance is intensive and well-organized and has little or nothing to do with warding off terrorists”.

While we can never know how the Justice Dept will treat Ballmer and the other protected CEO’s, we do know the market will eventually render the final verdict.  Armstrong’s price targets for MSFT should be monitored for clues, not only for the direction of MSFT stock, but also for the direction of the country.  If You Care, This Is The Start. 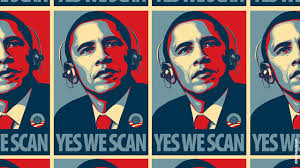