Nails of Desperation in the World Economic Coffin

When you read the headline, “U.S. says 77,000 banks, firms sign up to fight tax evasion“, what comes to your mind?  Do you think like a bureaucrat, believing we can now get those tax-dodging rich people? Before providing some additional background on this devastating, brain-dead law that is already negatively impacting global trade, answer these questions:

– Do you think every American that has a foreign bank account is trying to evade taxes?

– If American businesses and individuals working abroad are trying to evade taxes, or simply trying to minimize them, what do you think they will do with their money now?

As the article mentions, “foreign firms that do not comply with FATCA face a 30 percent withholding tax on their U.S. investment income and could effectively be frozen out of U.S.  capital markets.”  Even though the enactment of this law was just delayed by a year, likely because they realized the harm it is already causing, most  international banks are already refusing to open accounts for Americans to avoid the headaches and potential fines. Instead of the money being available for loans and other investments that would drive business and job growth, the money is going to be sunk into high-end real estate, diamonds, art, precious metals, and in private vaults to get it off the grid. 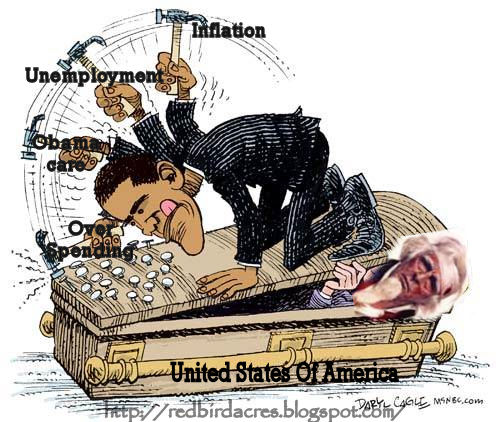 The unrelenting hunt for other people’s money by broke govt’s to maintain their jobs, perks, and power, is the same reason that all great societies have imploded, and ours will be no different. In fact, the greater depression being caused by politicians today will be worse than the Great Depression because we’re starting from a weaker employment position, the influence of money in politics has never been worse, and people are significantly more dependent on govt, versus in the 1930’s when entitlement programs didn’t exist and people knew how to survive off the land.

When a govt starts treating their citizens as money launderer’s, simply because they try to keep their hard-earned money away from the long arm of the IRS; or destroy savers with low, even negative interest rates; then you know capital formation will decline, and govt’s are desperate.

Govt, and their crime syndicate partners at the Fed, are responsible for your purchasing power being cut in half since debt creation kicked into high gear after the popping of the Fed-created dot.com bubble. The US majority has not yet reached the 40% threshold (income spent on food), like the other countries that have been revolting (i.e. Ukraine, Turkey, Thailand, Vietnam, the MENA countries at the heart of the Arab Spring, etc.), but we are quickly moving in that direction.

China’s contraction will continue into 2020 as a result of their biggest customer’s economy turning down in 2016, followed by their second largest customer, the US. When the European and US economies join Japan’s 25-year QE-led recession, and tax receipts for govt’s decline, what do you think broke govt’s will do? Do you think they will downsize and cut perks?  Besides tax increases, fines, and asset confiscations, pensions and retirement accounts will be targeted by govt, since they represent the biggest source of unburdened capital.

The people will continue to rebel against the establishment who have failed them. Some of the displeasure will be vented at the voting booth, with 2018 being the end of establishment in the US. In the places where the people are more desperate and youth unemployment is 50%, like the periphery of Europe and the Middle East, civil unrest will rise, forcing govt’s into distractive wars, likely coinciding with the peak in the war cycle in 2017-2020.

It is always govt’s reaction to their own economic-killing policies that causes them to get more desperate, instead of downsizing and reforming. When history looks back at this time, FATCA will be viewed as one of the biggest nails in American’s coffin of prosperity.