I don’t know how else to say this, but we are on our own, and if we don’t run the Representatives and President out-of-town for advocating military action in Syria, then we could be dragged into WWIII, which could very well involve the use of nuclear weapons. Our govt has no intention of representing the will of the people, and the media has no intention of questioning anything. The rest of the world is not on our side. Heck, we can’t even get our puppets in Britain to go along, and the French and the Nancy Pelosis’ of Congress (who usually vote the opposite way) want to be the next John McCain. There is something seriously wrong here!

If you know Martin Armstrong’s background, then you know he has access to political and business leaders around the world, and he is not afraid to speak his mind. In fact, fearing that his website might get shut down, he moved his servers to Switzerland several months ago. Based on everything I have read regarding Syria and Benghazi, Mr. Armstrong’s warning should be heeded. The mainstream media, including Fox, are in the tank lock, stock, and barrel with the military industrial complex. Their matter-of-fact tone about so many events in Syria that are NOT fully known is clear evidence they are supporting an agenda. Allowing Jim Insane McCain to unequivocally state a bold face lie, without challenge, that the Syrian rebels do not have access to chemical weapons, is complicit, Mr. O’Reilly. If military action is taken, McCain, along with Lindsay Graham, should be tried alongside Obama for war crimes. As Denninger makes abundantly clear, A military strike at Assad’s government IS ACTING AS AL QAIDA’S AIR FORCE.

How can one justify killing thousands of innocent people, a fact that even Israel has said would result from even limited strikes in Syria, when we don’t even know who killed the innocent people with chemical agents (which actually appears to be hundreds, not thousands as our govt so confidently claims).  And you can also be assured that evidence can also be fabricated to “justify” boots on the ground. 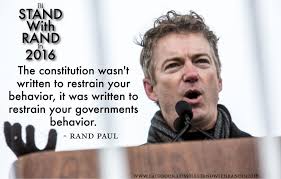 Military commanders have stated that NO money has been appropriated for action in Syria, which means more money printing and an acceleration of the sovereign debt crisis. In addition, a military strike will certainly send oil toward $150 per barrel, which will further stagnate the economy and reduce tax receipts (not that Obama gives a crap about the economy).

Our debt problem is huge, but not as serious as the risk of WWIII with Russia and China…and for what? A diversion for the coming debt ceiling showdown (caused by dishonest politicians making promises they knew could never be kept), or maybe to increase revenues for the suppliers of the largest employer on the planet, the Defense Dept? Maybe it is to reduce the huge youth unemployment problem in the Middle East and the West.  Are we doing this to ensure there will be NO chance at stability in the Middle East, even though the Iranian’s just voted in favor of normalized relations with the West, just so the military industrial complex can continue to grow (and insure our economic demise).

The most likely “rationale”, as with the other Middle East conflicts, is energy. However, even if you think Syrian action is justified to diminish Gazprom’s advantage in supplying Russian gas to Europe, or helping Saudi, Qatar, or even our own nat gas opportunity in Europe; how can anyone justify sacrificing human lives (including our young men and woman in uniform) to gain advantage in a new gas pipeline?

In wartime the truth is so precious that it must be accompanied by a bodyguard of lies. – Winston Churchill

Instead of  killing people, destroying the lives of so many innocent people, and potentially risking another and more deadly World War; why don’t we invest in developing our own energy resources, reform our financial system (including replacing the income tax with a sales tax, and eliminating the “private” Federal Reserve), and implement term limits? Until we start work on these items, we won’t be able to afford to even protect ourselves in twenty years.

It’s quite disappointing, although predictable for career politicians, that Congress will not act on any of these items because their donors would not tolerate it. Therefore, it’s up to us to take charge and get involved. BTW, it is likely a waste of time to write your Representative. They already know the people are against military action, but they answer to a higher authority.

A good video summary of what you’re not being told about Syria can be found here.

“It does not require a majority to prevail, but rather an irate, tireless minority keen to set brush fires in people’s minds”
– Samuel Adams

As the example below highlights, there have been logical arguments made against senseless wars in the past, which have gone ignored.  It seems only prudent to have the evidence presented and evaluated before rushing into another “dumb war”.

That’s what I’m opposed to. A dumb war. A rash war. A war based not on reason but on passion, not on principle but on politics…

I know that an invasion of Iraq without a clear rationale and without strong international support will only fan the flames of the Middle East, and encourage the worst, rather than best, impulses of the Arab world, and strengthen the recruitment arm of al-Qaeda.

I am not opposed to all wars. I’m opposed to dumb wars. So for those of us who seek a more just and secure world for our children, let us send a clear message to the president.”