Many naive souls still give government the benefit of the doubt. They want to believe that if we give the government more data, money, and people; then it will miraculously make them safer, and the waste, fraud, and abuse will somehow become inconsequential. If the following story does not make your blood boil, then you’re one of them. 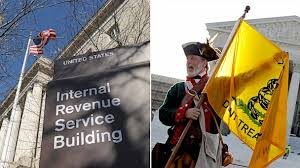 The Inspector Generals report came out in 2011. The WTHR investigation above was in 2012. Therefore, Congress, the treasury, the IRS, and president Obama have known about this for at least two years. What’s happened over the last year? What else would you expect from unaccountable people with no competition for the work they do – JACK SH*T. Excuse me, we do have an “Immigration Reform” Bill pending that makes the problem worse and gives us a National ID Card as a bonus.

The General Accountability Office (GAO) estimates one-fourth of the annual $52 billion in earned income payments is fraudulent. Total Illegal Immigrant Fraud is estimated over $17 Billion PER YEAR. Why does CONgress not want to do anything about this WELL-DOCUMENTED FRAUD? God only knows. However, one can only conclude that we either have complete deadbeats in Congress, or they are intentionally trying to implode the system by bankrupting the government. Most of the politicians, except Rand Paul and the opportunist sitting on the fence waiting for public sentiment to tell them how to think, have doubled down and have gone “all in” on the side of government. What is their alternative? To get a job in the real world where their pay is determined by their performance and value added.

Most people don’t know that a plan to collapse the system was well documented back in 1966 by Frances Fox Piven and her late husband Richard Cloward. It is commonly called the “Cloward & Piven plan“, and the strategy is to increase enrollment in social welfare programs to the point of collapse, which would force reforms through crisis and lead to a guaranteed annual income for the poor (Socialism). Ms. Piven has been a prominent Leftist for decades and an active supporter of President Obama. Whether you believe that government has intentionally implemented this plan or not, it doesn’t matter, because it’s happening. The only question that matters is, what kind of system do you want to rise out of the ashes?

Government’s are masters at not letting a crisis go to waste (the 2008 TARP bailout of the banksters was a perfect example). Desperation corals people toward the false promise of government protection, which in the end only leaves the citizens permanently enslaved. You can be certain that those in govt who want to increase their power over people are plotting right now to achieve this goal. All you have to do to fight Socialism, Fascism, or Communism is always come down on the side of more freedom, not less – NO MATTER WHAT MAY COME!

Freedom deserves the benefit of the doubt, not govt.