Detroit Bankruptcy is the Tip of the Iceberg

Detroit’s bankruptcy is now the largest of eight that have occurred since 2010, and it will not be the last. Karl Denninger’s post on the Detroit bankruptcy should be understood by everyone. Everything Karl says is true, especially his four axioms:

All other forms of “development” are nothing more than leverage-driven bubbles.

The only issue I have with Karl’s analysis is that it is a historic pipe dream to believe that those in govt will actually do the right thing. It’s never happened, so why would anything change now? The only way the imbalance is resolved, between economic reality and the Unicorn crap that spews out of the mouths of politicians, is through collapse, which forces the change that politicians pretend they never saw coming.

For cities like Detroit that can’t print money, their “collapse” comes through bankruptcy, which leaves those Pensioners that believed Unicorns could fly, with 10% of their benefits and many more without jobs. Detroit is just one of many more bankruptcies to come from bankrupt cities like Houston, LA, Oakland, Baltimore and many others. It’s also part of the predictable cycle from “public to private” as the Marxist-Keynesian lie becomes totally exposed. Long-term economic growth can NEVER be achieved without true capital formation (savings not debt), which ALWAYS is destroyed when government hunts down producers to try to force them to pay higher taxes. 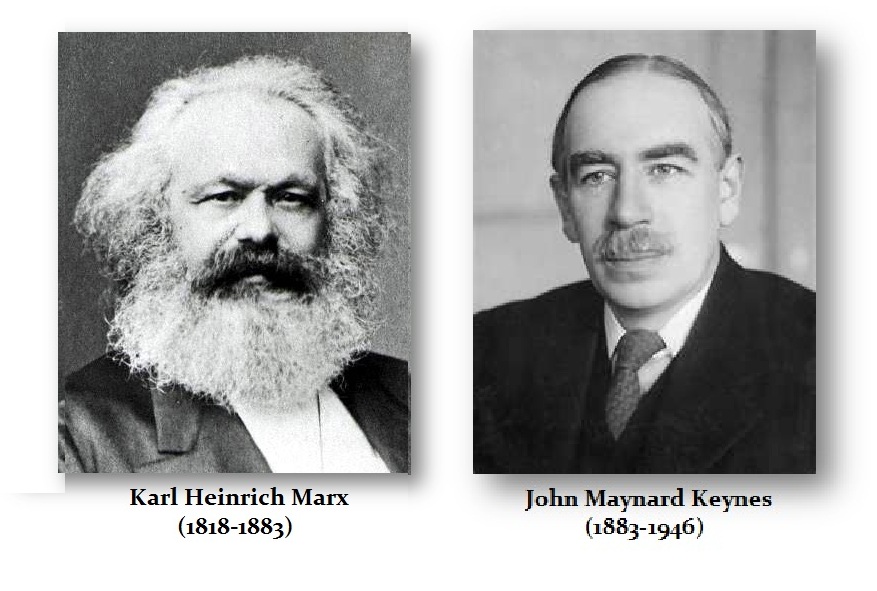 Socialism is imploding all over the world as Stagflation (declining economic growth and rising costs) tightens its grip on governments that hide behind lies and fraud. Because the US has benefited from the extra demand for dollars caused by the petrodollar and world reserve currency, our government has been the most negligent and fraudulent. The lies of Congress have been financed by a willing Fed, whose banks have been more than happy to pocket the finance charges.

The Feds, just like Detroit, will learn that deferring debt cannot be substituted for a successful economic plan. BTW, this plan involves a secular change (from spending to saving), and will be more painful to implement the longer deferral is the “solution”. However, since no politician will risk taking their medicine, Bernanke will continue administering the hopium, because as he just admitted,

“If we were to tighten policy, the economy would tank.”

Loose monetary and fiscal policy have done little good for the economy, as the percent of the working age population has not improved since the collapse in 2008. In addition, incomes have not improved, more people are dependent on Food Stamps, and cities continue to file for bankruptcy. The big banks were saved for now, but the consequences continue to mount. Only now, with Bernanke on his way out, does the truth began to be acknowledged…

“Unsafe practices by large financial institutions pose a risk not just to themselves but to the rest of society,” Bernanke told the Senate Banking Committee. “In setting policy we should look at the social cost and not just the cost to the firms.”

The lack of prosecutions for well-documented fraud on Wall Street is destroying trust and confidence in our financial system, which is causing the financial capital of the world to migrate from NYC to Singapore and even back to London (as long as they continue to prosecute fraud). Bankers agreeing to pay fines to avoid prosecution and disclosure of the frauds (including laundering money for drug cartels), may keep their crimes out of the Nightly News. However, the big money around the world knows exactly what these crooks are doing. Would you keep your money in a bank that can rip you off and never get prosecuted?

The events of 2008 should have been every ones economic 9/11. One can try to ignore the reality of what is coming, which is easier to do if you have not yet been directly hit by the economic terrorism, but doing so only makes the impact more dramatic and recovery more difficult.

Like all the failed governments before us, every tyrannical method will be employed as governments try to hang on to power and perks. This includes monitoring and tracking every citizen to squeeze every drop of money to feed the govt monstrosity. The NSA’s actions, just like Homeland Security buying bullets & tanks and the police taking pictures of your licence plate, is all about preparing for civil unrest and getting your money when the taxes get hiked.

As we have seen over the last five years, sovereign debt implosions do not happen overnight. It is a slow degrading process, where governments try every crooked trick in the book to protect their regime (not Main St.), which will include confiscating depositors money held in TBTF banks. The US could very well be insulated from disaster a while longer as money gets parked in dollar-based assets as capital flees Europe, Japan, and other parts of the world that will collapse first. This could push stocks to the upper bounder of the Jaws of Death pattern into late 2015. In the meantime, expect volatility to increase, starting in the next couple of weeks, and through the German elections at the end of September.

Use this time to get your money out of the big banks that took bailout funds, and vote EVERY incumbent out of office in 2014 (and beyond) to send the message that term-limits must be a top platform item for any viable candidate. The implementation of de facto term-limits is the First Step in the 5-Step Plan that any American can do to begin the process of taking back our country.