Chase: No More Money Transfers Outside the US

If anyone needed more evidence that we are headed into the Greatest Depression by 2016, you just got several big bricks upside your head. I’m not talking about Obamacare, where we have to wait to sign up to prove we’re screwed. I’m talking about actions that are being taken now by big companies that proves capital is being driven underground.

The bombshell comes from Chase, which announced that no more wire transfers are being permitted to anywhere outside the U.S. after Nov 17th. In addition, the maximum combined cash deposits and withdrawals during any billing cycle is capped at $50K. If you don’t understand why this is happening or the implication, you should read the link above, or our many previous posts on the subject. 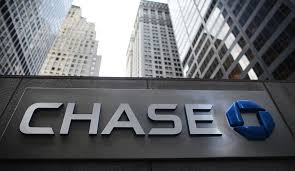 The next example of contracting capital (deflation) comes from one of the largest currency traders (FX Concepts), and a large commodity hedge fund (Clive Capital) that will close their doors due to shrinking asset levels. Desperate broke governments will continue to drive growth-dependent capital underground and reduce consumer spending by raising taxes and aggressive tax collection.  The “developed” economies that have relied on debt and leverage to replace true growth are getting desperate for cash. As a result, they are resorting to NSA-like data mining to track down cash and assets that will continue to send capital underground and exacerbate the stagflation problem.

Whether through bail-ins or directly taxing your savings, govt’s will come after your money before they ever consider cutting their spending. They cannot see how they are destroying themselves and their country because their only focus is maintaining their position, perks, and power. Their constituents, who may currently benefit from govt largess, do not understand how the outgoing tide of capital lowers all boats (ever heard of Cuba or any other dictator-led country?).

Economies cannot grow without access to capital, and capital is losing trust and confidence in governments that are desperate to confiscate it. The growth of govt is not only scaring capital away, but the increased cost to run govt is causing expenses to inflate for Main Street as taxes and fees rise. This stagflation will continue to choke the life out of world economies until we get systemic reform or the system collapses. The public must take back control and put a stop to the inmates running the asylum. Based on the actions and subsequent vote on the debt ceiling, the inmates are obviously still in control.