Bundy Ranch – What You’re Not Being Told 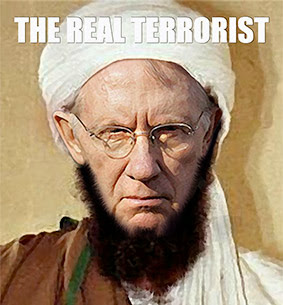 If you’ve had the opportunity to view a recent ESPN 30 for 30 episode called, Hillsborough, then you know how corrupt and despicable govt can be. The scandal is not that our govt is just as corrupt as the British govt – we know it is. The question is will the American people act like the Brits, and sit idle while their govt tramples on the right of their neighbors without being held to account?

Only time will tell, but the people who came to the defense of Clivan Bundy have demonstrated how we are different from the Brits, and should provide inspiration to every American that understands what used to make the US the envy of every citizen of the world looking for Liberty and justice for all. It is the courage of the Bundy supporters, which refused to back down to an oppressive govt, that has the Fed’s and disgusting and self-serving politicians like Reid shaking in their faux boots. Reid is right, this is not over, but not in the way he thinks.

If the masses knew the truth about Fast & Furious, Waco, Ruby Ridge, the Oklahoma City bombing, and the other PATCON (Patriot Conspiracy) operations executed by their govt, we would have already had protest like “Cattle Gate”. If you want to begin your search for the truth, Google Eric Holder and any of these events and get ready to have your world turned upside down.