Are You a Propagandist or just a Useful Idiot?

If you are part of the propaganda machine that needs war or some other distraction to promote your interest, you might as well stop reading now, since you obviously don’t care about the human suffering and loss of life caused by your lies. You are as hopeless as a psychopathic mass murderer whose actions will never be understood. We can only hope you are continuously haunted by your actions.

If you are unwittingly being duped into supporting the war mongers or some other self-serving issue, I hope you take a few minutes to objectively consider the possibility that you are being manipulated. You should also contemplate the damage being done to the economy and human beings by the actions being taken, and who benefits. If you can’t be bothered to question your biases, then at least default to the most probable source of the propaganda, which is also the same entity behind the problems/crises – government! The purpose of the propaganda, of course, is to deflect blame from their own incompetence and fraud, confiscate more taxes, and acquire more power. Also, you should ask yourself if you are expendable when the SHTF and rolls downhill.

If you need an example of why govt is destroying this country, look no further than the VA scandal. Only in govt can you screw up so bad that you kill people, and then get rewarded with $17 Billion in additional tax payer money, and no one even gets fired, much less goes to jail. Oh, and this just in – the President and CIA Director Brennan swore to the American public that the CIA did not spy on the Senate. Guess what?  They lied!!!

Smart people understand that there is always more to learn the further they expand their knowledge. Unfortunately, those that think they are smart can be especially dangerous because they stop questioning their beliefs once they meet with their perception of how they think the world works – not realizing their foundation was built on lies and propaganda.

The first sign that you may fall into this category is if you believe anything that emanates from Washington and the mainstream media, even though you have ample evidence that these groups lie profusely (i.e. Fast N’ Furious, Benghazi, IRS, NSA, illegal immigration, Obamacare, WMD’s, Patriot Act, debt = GDP, a 9.3% yearly increase in health care spending for more than 30 years is sustainable, etc., etc., etc.). Sorry, they are not just lying about the other side.

Instead of thinking like Democrats or Republicans, think from the perspective of what the establishment wants. When one views all the verbiage and actions that are emitted from Washington through the lens of what will continue and grow government jobs, perks, and power, then everything becomes crystal clear. The crises in Ukraine and Gaza are just two more examples. 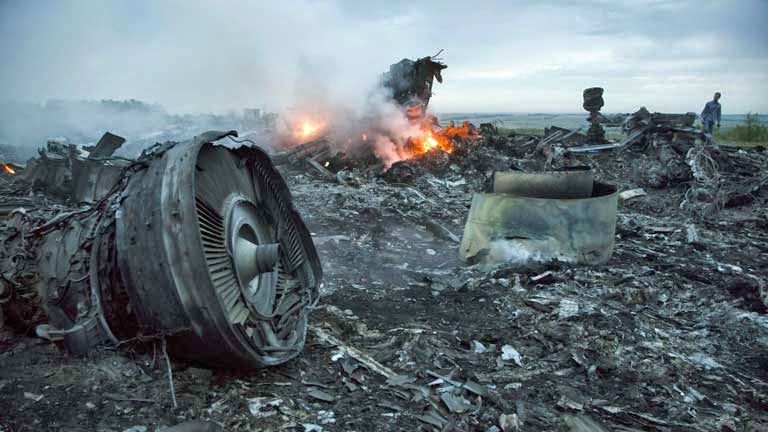 In Ukraine, the rush to judgement to implicate Russia for the downing of the Malaysian passenger jet is an obvious sign of propaganda, ignorance, and desperation. The matter-of-fact claims against Russia, without any hard evidence, the latest being that Russia fired weapons into Ukraine, demonstrates how desperate the establishment is to point the finger at a foreign boogeyman to deflect blame, acquire energy assets, and expand the military industrial complex. BTW, Mr. Obama, Mr. Kerry, and MSM, if there are satellite maps of the missiles you say were launched from Russia into Ukraine, where are the same satellite photos that show the missiles that took down MH17?

You are a “useful idiot” if you trumpet these claims simply because the State Dept said so! Are you thinking like Hillary – “what difference does it make”? Again, when you are aware of all the lies that flow like water from Washington, why do you suddenly believe this one? A lie doesn’t magically become true just because it’s continuously repeated or it meets your false perception of the world.

Why are so many politicians and talking heads demanding substantive actions and sanctions against Russia when there is no real proof – just like with Iraq, Syria, and Iran? Does their agenda even consider the impact on the already fragile European economy (our largest customer) or are they only focused on their short-term agenda? What about the likely Russian response – raising prices or even cutting off gas supplies to Europe? Could this exacerbate the economic decline? Does our support of Ukrainian rebels (Neo-Nazis), that are killing innocent people in the southeast of Ukraine, have anything to do with Russian pipelines that supply Europe? Do the war mongers want a NATO state where military assets can be established in Russia’s backyard? These are but a few questions you would think the media should be asking. Instead, the media is playing  judge, jury, and propaganda minister.

The war mongers complain that Russian separatists in Ukraine are being trained and supported by Russia. Who do you think is training and supporting the EU-separatists in Ukraine? The truth is the vast majority of Ukrainians don’t want the US/IMF-imposed terms OR to be a Russian satellite. They simply want freedom and not to be dictated to by a fraudulent puppet govt.

Some may say the military industrial complex wins, and this is true for a while. However, when the economy contracts due to the conflicts, so do tax revenues and the means to fund the military and taking care of survivors. If the conflicts expand in Ukraine, the Middle East, and Europe, it will also accelerate the capital flows into dollar-based assets for safety, which will increase the value of the dollar and all dollar-based debts. Nobody wins with sanctions or heightened aggressions – not the countries, not business, and certainly not the people. Sanctions depend on punishing the people until they hopefully reach their limit and rebel against their govt. Backing Putin into a corner only insures the Russian people will suffer and WWIII lurches closer.

In Gaza, the Israeli hardliners need an excuse to shore up votes for Netanyahu’s “Big Lie” political party in the next election, and re-stock munitions/coffers for the lucrative Israeli military industrial complex. The US also needs to bring Iran back into the sphere of propaganda. If the govt or talking heads start claiming they are worried about Iran supplying dirty bombs to Hamas, then you’ll know the end game is on.

Israel and the US created and funded Hamas to counter Yassir Arafat’s PLO, and now Israel doesn’t like the unintended consequences. Sound familiar? Do you think we would have lost over 4,000 people in 9/11 and the subsequent wars in Iraq and Afghanistan if we never backed Al-Qaeda and Osama Bin Laden to counter the Soviets? The CIA and our affiliates have been radicalizing Muslims for decades, and who has benefited? It certainly hasn’t been the citizens of any of the countries, including our own. It was Israel that assassinated the Hamas leader that has prompted the response that Israel is now using to execute their own version of “shock and awe”, and bomb Gaza into the Stone Age.

Israel and the US war mongers claim Hamas is hiding behind civilians. As I recall, the US and British govt’s were sending weapons to the Brits in passenger ships during WWI – anyone recall the sinking of the Lusitania? Germany had even taken out ads in 40 US newspapers warning people of the war between Germany and Great Britain and that passengers would travel by steamship at their own risk. Did the innocent passengers of the Lusitania know there were weapons on board? Did the govt’s of the US and Britain know? Do the civilians in Gaza know where Hamas hides its weapons? Did they authorize Hamas? Govt’s always sacrifice their citizens for their own self-interest – anyone remember the Gulf of Tonkin? How many Americans died in Vietnam because of President Johnson’s lie?

If the CIA funded, trained, and established schools of propaganda to grow the Neo-Nazis in the US (instead of Ukraine), would it be a shock if there where more confrontations with these Nazis? Why should anyone be shocked when there are more confrontations with Hamas, Al-Qaeda and other radical groups that do our bidding and maintain the foreign boogeyman that “justifies” the continued growth of military assets and their employment? Why do you think the State Dept let Ambassador Stephens die in Benghazi? It couldn’t have been because Stephens was running guns to the wrong radicals, could it (just like in Syria that has now produced ISIS)?

Many Democrats focus on social issues and ignore the reality of math (especially exponents), when it comes to consequences of continuous deficit spending; and too many Republicans get hoodwinked by patriotic propaganda of the establishment, who place their jobs, perks,and power ahead of patriotism and unsustainable deficits. The establishment exploits the passions of the left and right, which distracts attention away from the source of our problems – government!

Why do you think there is so much turmoil across the globe now? It’s called broke govt’s running out of other people’s money and the suppressed people reaching their limits – largely due to food inflation, caused by money printing (debt creation), that is consuming an ever-increasing share of incomes.

Govt and the Fed try to manipulate normal business cycles, and ignore history, saying it’s different this time. When things don’t go as planned or anticipated (because it’s impossible to manipulate the Invisible Hand), they point the finger everywhere except at themselves. For example, many politicians and talking heads like to blame the Fed for all our woes. The fact is it is our Govt, not the Fed, allows the bankster to lie and leverage themselves to the hilt and make speculative derivative bets that inevitably blow up. Congress then uses the crisis to extort more money out of taxpayers to bail out the banks that finance their promises. It is Congress that authorizes all the OVER-spending that requires the money printing and debt creation that has destroyed our purchasing power. The Fed can only temporarily manipulate within the trend. Global capital flows from investment (i.e. currency swaps, exchange derivatives, etc.) are about $4 trillion PER DAY. This volume is 100 times larger than trade, and 142 times larger than the largest QE program from the Fed, which should make it obvious that the Fed cannot control the invisible hand of the business cycle, and the U.S. dollar as the world’s reserve currency will not be replaced anytime soon.

Placing undeserved faith in self-interested, inexperienced politicians who don’t comprehend or consider the consequences of their decisions, is a guaranteed recipe for self-destruction. The media and talking heads that carry the water for the govt will also be held to account. Useful Idiots are always sacrificed once they have been exploited.

Term-limits are the required first step to any meaningful reform. DEMAND TERM-LIMITS FROM YOUR REPRESENTATIVES, AND VOTE OUT EVERY INCUMBENT EVERY ELECTION UNTIL THEY GET THE MESSAGE.