With the recent evidence of global cooling becoming undeniable, the propagandists changed their fear moniker for a carbon tax from “global warming” to that evil condition called “climate change”. Today, everything is being falsely blamed on Russia. Don’t be surprised when the establishment starts blaming global cooling on Russian Jews developing Siberia.

The Democratic Party is much worse than a sick joke, predicated on hypocrisy and irony that is thicker than the sludge at the the bottom of the DC swamp. The establishment swamp dwellers, which consist of self-interested career politicians from both parties, certainly share the blame for the unsustainable deficit spending that will cause many deaths from the unavoidable economic reset over the next 10 years. However, it will be the Progressive propaganda of gloBull warming that will leave behind a legacy of death.

Whether the big changes to the earth’s landscape were due to major earthquakes or meteor strikes, one thing is certain – the cycles of global cooling and warming are not caused by man. However, with govt’s around the world grossly mismanaging their budgets, and believing other people have infinite funds to plunder, you can be certain that broke govts have not given up on their dream of taxing your every movement and exhaled CO2.

The seven wonders of the undersea world prove that oceans rose and receded long before the invention of the internal combustion engine. When the tectonic plates shifted and broke the natural dam at the Straits of Gibraltar, it opened the dried up Mediterranean to catastrophic flows from the Atlantic Ocean.

It is believed that as the Atlantic rushed in to fill the Mediterranean void, which caused water to recede along the east coast of North America. Regardless of the cause, it is well documented that much of the current east coast used to be under water. For example, most of the liberal Mecca of NJ used to be under water millions of years ago. Yet, the new Democratic governor, Phil Murphy, will rejoin “Reggie” (name given for RGGI – Regional Greenhouse Gas Initiative) to combat “global warming”. In this age of political hubris, the belief that humans can stop natural climate cycles takes the cake. But hey, people believe their pensions are safe and Russia helped Trump, so why wouldn’t they believe that pollution causes global warming so govt can tax carbon.

Is it possibly that NJ is bankrupt from decades of political mismanagement, and they need another tax to kick their debt crisis down the road? As they will discover, over-burdoned tax payers will simply leave, reducing their tax base even further. How dumb do Democratic politicians think their constituents are?

As an interesting aside, the discovery of maps, pyramids, and other strange findings in Antarctica have caused some to speculate that the the lost city of Atlantis is under the ice. 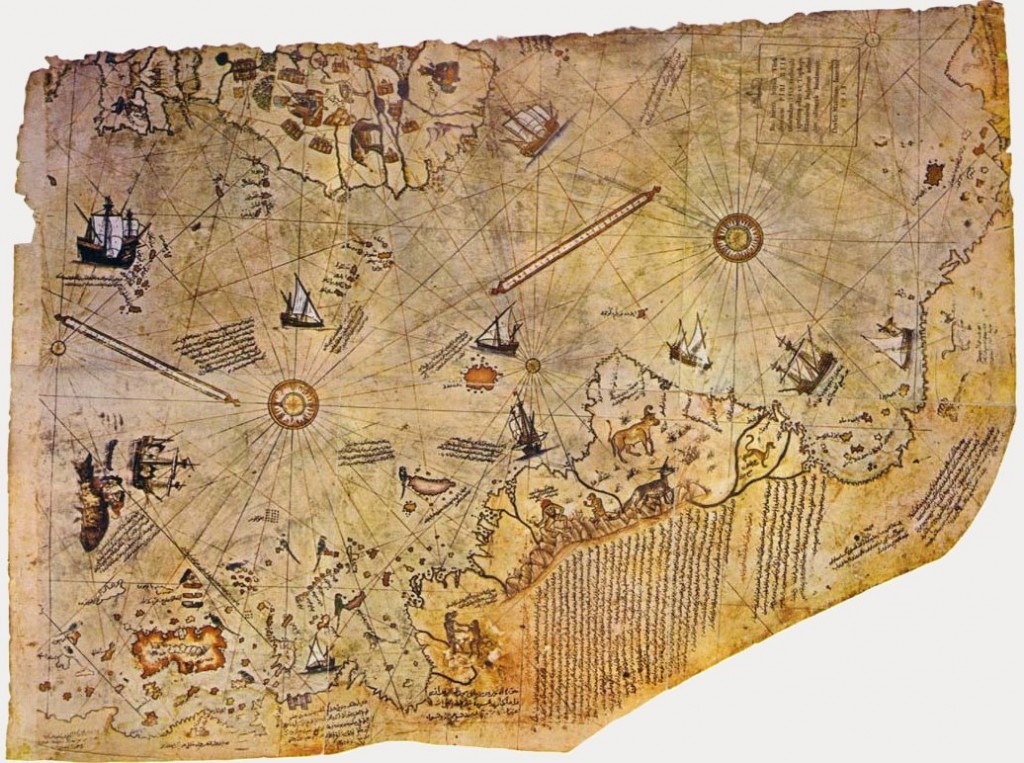 Map of Antarctica with no ice

One does not need to be a conspiracy theorist to question why there are so many job postings in Antarctica, and what is being learned about the energy source under the ice.

At a minimum, people should question everything, versus believing anything that comes out of the mouths of establishment hacks that will sell their souls and sacrifice our children to maintain their jobs, perks, and power. Since civilizations grow and prosper during periods of global warming, there was no direct harm from letting the global warming blowhards run their mouth. Unfortunately, famines, plagues, and war are associated with periods of global cooling. Earth’s inhabitants will once again need to deal with another mini ice age in the coming decades.

Instead of chasing windmills that are only intended to keep politicians in office for another term, we need to get serious and begin planning now for the crop failures that come with global cooling, and the turmoil associated with the economic reset caused by the deleveraging of dollar-based debts.

If you are skeptical about these warnings, keep an eye on northern Europe and the UK, which will suffer first from the cold temperatures, as the North Pole has been moving closer to these regions. The impact of the debt crisis will first be felt in emerging countries, the periphery of Europe and Japan, which hold excessive amounts of dollar-based debt. As the dollar and interest rates rise, due to rising sovereign debt risks and the belated efforts of the Fed to save pensions by raising rates, the balance sheets of foreign countries will go nuclear.

Remember, as the currency of these countries declines against the dollar, the relative amount of dollar-based debt that must be repaid in the home currency increases. So, keep an eye on interest rates and the US Dollar, especially during 2019. Also, keep an eye on the ACTIONS of CONgress. As we have seen with the omnibus spending bill, career politicians have only one thing on their mind, protecting their careers.

Another one bites the dust! While Democrats continue to lament the loss of their infamous leader, clinging to the belief that California voters gave Hillary the popular vote (like that matters), the rest of the world continues to scream at the top of their lungs – CENTRALIZED PLANNING DOES NOT …